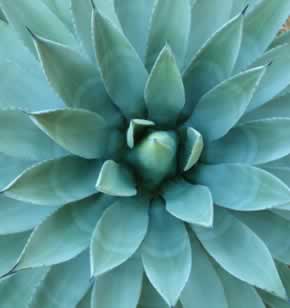 How to Use: Agave

About: Agave is favored as a sweetener to replace honey by vegans and is used in many natural and organic food products. Agave nectar is obtained from the juice of the blue agave, Agave tequilana. Agave syrups are sweeter than sugar, so less can be used to reduce caloric intake.

Increasing evidence now suggests that the rise in consumption of carbohydrates, particularly refined sugars high in fructose, are a very important contributing factor in the development of obesity and type 2 diabetes. Agave is used as a healthier alternative to refined sugars in part because of it's low glycemic index which helps to prevent spikes in blood sugar. Is agave a good alternative for diabetics? The answer, sadly may be no. Agave is certainly a great improvement over HFS and cane sugar, however Agave nectar typically is primarily fructose, which can still cause problems for diabetics if consumed without care. Adding to the problem, unscrupulous companies have been known to add other sugars like maple syrup without labeling as such. So buyer beware! Only purchase agave syrup from a trusted source and monitor your blood sugar carefully to assess its impact on you. 115

Preparation Methods & Dosage :Agave syrup is used as a sweetener for beverages and foods. Some recipes call for agave as a replacement for sugar in baking, but this can be a tricky proposition. Agave is more easily substituted for other liquid sweeteners, such as honey, maple syrup, or corn syrup.

Agave Side Effects: Agave is not a "sugar free" food and must be used cautiously by those who need to restrict sugars.

Agave (Agave spp.) plants are common succulents found in the American southwest, Mexico, central and tropical South America, the Mediterranean, and some regions of India. 2

The consumption of pulque (fermented juice) from agave sap dates back to 200 AD, and various cultures have used agave for fiber and food for at least two centuries. In spite of this long history, little is known about the health effects of agave when consumed or applied topically. The most important economic use of agave is the production of tequila in Mexico. 2