Herbs for Memory and Focus 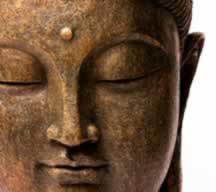 The ability to focus, and channel our concentration into the task at hand, whether its work, reading, or play is more important than ever today. The near constant distractions of the digital age, manifest as ADD, memory lapses, low test scores, mood swings, or senior moments when we cannot find our car keys.

The German Commison E has approved ginseng as a tonic for declining capacity for work and concentration. Although the exact mechanisms of activity are not known, it is likely that ginseng protects a portion of the brain known as the hippocampus from the effects of stress hormones. (Duke,James, Ph.D.) Rhodiola is also an adaptogen and it acts in a similar fashion as ginseng. I Modern research suggests rhodiola may support memory and focus as well as relieve depression. 2 A vast body of research supports numerous health benefits of many herbs from the Ayurvedic tradition including ginkgo, bacopa 4, and Gotu kola, particularly for treating various symptoms and conditions associated with declining cognitive performance and poor circulation. 3

The Arabs, along with everyone from the Chinese to the Gypsies all believed that sage was the key to a long life. This ordinary herb has such a longstanding and familiar use that it leads us to greatly underestimate it. Sage (Salvia officinalis) or Spanish sage (S. lavandulifolia) are two sage species that have been traditionally used for memory problems. Sage oil and sage extracts enhanced memory in studies with young and elderly normal volunteers, and have been shown to have positive cognitive and behavioral effects in clinical studies of patients with AD. 1 Another common culinary herb, Rosemary improves concentration and memory. Greek students would braid Rosemary into their hair to help them with their exams. Modern science attributes much of rosemary's action on the central nervous system to it's potent antioxidant, rosmarinic acid. 9 The uplifting aroma of a fresh sprig of rosemary in the summer air will confirm both the science and history with your own senses.

The informative studies in a lab setting are confirmation of the long history of using herbs in traditional healing to support mental clarity. While many of these herbal treatments may seem new if may be more accurate to view them as things we have forgotten, and are now organically rising in our conscious thoughts again.