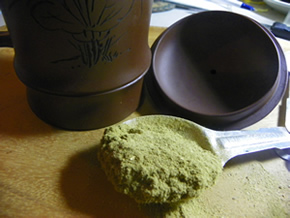 How to Use: Ephedra

The stems of the ephedra plant can be brewed into a pungent, bitter, Mormon herb tea that dilates the bronchial vessels while stimulating the heart and central nervous system. The active chemical components of ephedra, or ma huang, the alkaloids ephedrine and pseudo ephedrine, are found in over the counter allergy and cold medications as over-the-counter decongestants. An internal review of FDA records between 1969 and September 2006 found 54 reports of deaths in children associated with decongestant medicines containing pseudoephedrine, phenylephrine or ephedrine, prompting the recent recall of these medications in children's cold care products.

The phytochemical ephedrine possesses properties similar to adrenaline that serves a critical role in our system as a neurotransmitter and a modulator of our metabolic rate. This powerful stimulant action is the major reason why it is so dangerous when misused. Ephedrine has fallen into disfavor because of its misuse in the west as a diet drug. A handful of people have died over the last few years prompting the FDA to ban the use of this concentrated alkaloid.

There is a big difference when the whole herb is used because the ephedra plant contains six other related alkaloids, one of which, pseudoephedrine, actually reduces the heart rate and lowers blood pressure. Ephedra has been used in China for thousands of years, yet no undesirable side-effects are known to be recorded from the proper administration of the whole plant in the proper therapeutic doses. Those wishing to use the whole herb to treat allergies and asthma may still can buy bulk ephedra extracts, but be sure it is from reputable sources. Also, it is recommended that it be used only under supervision of a qualified herbalist.

Preparation Methods & Dosage :Ephedra tea can be made from the dried power or fresh leaves and stems of the Ephedra sinica plant.

Ma Huang has a 5,000 year history of use in Chinese medicine as an asthma treatment and is traditionally prescribed in TCM as an effective treatment of hay fever, edema, arthritis, colds, asthma, bronchitis and hives.

Ephedra Side Effects: The herb and its extracts are potentially addictive, and can disrupt regular heart rhythm, induce cardiac arrest, and raise blood pressure. They are very likely to make you sweat profusely, become irritable, nervous, nauseous and cause insomnia. 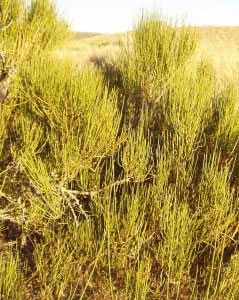 This native Chinese shrub grows to a little over two feet in height, almost leafless with minute, yellow green flowers. The species Ephedra sinica or Ma-Huang, is the most widely used and researched.

Related Species Ephedra nevadensis, E. viridis : Mormon-tea , Nevada ephedra
Several additional species belonging to the genus Ephedra have traditionally been used for a variety of medicinal purposes, and are a possible candidate for the Soma plant of Indo-Iranian religion. Native Americans and Mormon pioneers drank a tea brewed from an Ephedra, called Mormon Tea. Wikipedia