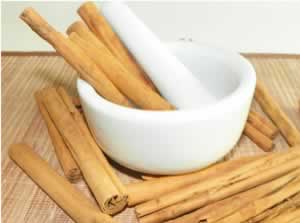 How to Use: Cinnamon 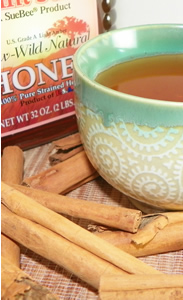 Cinnamon and Diabetes: Diabetes is a growing and grave concern that has many people searching for natural and safe ways to treat and prevent it. Some very interesting recent research suggests that cinnamon cassia (Cinnamomum aromaticum) is effective in improving blood glucose control in patients with type 2 diabetes.1,4

Antibacterial Power of Cinnamon: The simple touch of cinnamon infuses warmth and energy throughout your body. As part of tea blends, cinnamon improves the taste of less tasty herbs and adds powerful antibacterial power to cold and flu remedies. Cinnamon essential oil is a reliable remedy for athletes foot but should only be applied to the skin when diluted with a carrier oil. 3, 4

Healthy Cooking with Cinnamon: Used in cooking, cinnamon aids digestion and is recommended by German Commission E for treating loss of appetite and stomach upset. Cinnamon prevents bloating and flatulence and treats heartburn and nausea. For a more intense, spicy cinnamon choose Cinnamomum cassia. Ceylon cinnamon, Cinnamomum zeylanicum, has a sweeter, more delicate flavor. The oils of both contain cinnamic aldehyde as the major component, with cassia having the larger amount.

Preparation Methods & Dosage :You cannot get a therapeutic dose of cinnamon from everyday uses in cooking and baking, even if you could freely devour massive qualities of cinnamon buns in the name of better health. Cinnamon can be taken in capsules, extracts, herbal teas, and essential oil. Grinding cinnamon chips into powder yourself is the best way to ensure the freshest cinnamon. Store in air tight glass jars to seal in the goodness. Remember that the cinnamon powder sold in the grocery is much to old to have any medicinal value.

Cinnamon Side Effects: Cassia cinnamon contains coumarin, Cinnamomum zeylanicum, sweet cinnamon only has trace amounts. Taking large amounts of cassia cinnamon over time might worsen bleeding in some people. Cassia oil is very irritating to the skin and should be handled with care. 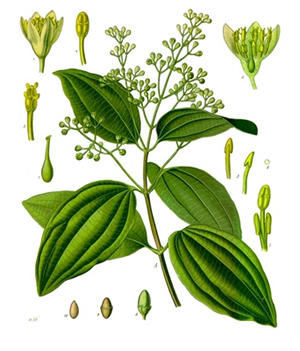 The distinct, spicy aroma of cinnamon bark, Cinnamomum cassia, or Chinese cinnamon, is the spice sold as cinnamon in the United States. Ceylon cinnamon, Cinnamomum zeylanicum, is considered the true cinnamon in most of the rest of the world. The two are similar in taste, though Ceylon cinnamon has a sweeter, more delicate flavor. These two trees are very similar in looks, flavor and taste. The oils of both contain cinnamic aldehyde as the major component, with cassia having the larger amount.


One of the first known spices, Romans believed cinnamon's fragrance to be sacred and burned it at funerals.