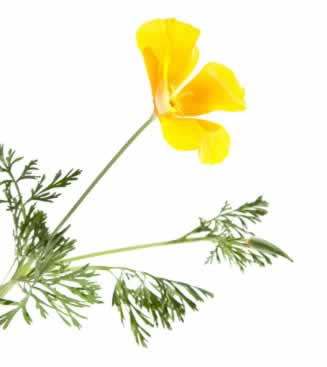 How to Use: California Poppy 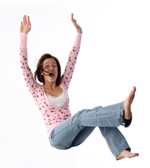 California poppy is one of the oldest North American remedies for stress-induced maladies including sensitivity to changes in the weather. The above ground parts and roots of this wildflower show promise in the treatment of insomnia without the side effects and dependency risks of sleep aids. Higher doses of California poppy are sedating, lower doses reduce anxiety and lower stress. The effect is far milder than that of opium, which contains a different class of alkaloids.

Preparation Methods & Dosage :California poppy is most frequently used as a tincture, but can also be taken as a tea or encapsulated. It is combined with hawthorn and magnesium salts in formulas for relieving anxiety. Also commonly combined with birthwort, night-blooming cereus, kava, lavender, passionflower, St. John's wort, and/or valerian. 1

California Poppy Side Effects: Safety not established during pregnancy, since it may cause uterine contractions, nursing or for children under the age of 6. 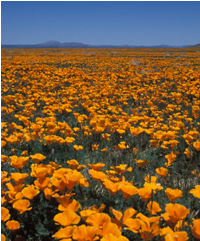 How to Grow California Poppy

California poppy is one of the oldest North American remedies for stress-induced maladies, the leaves were used medicinally by Native Americans to ease toothache.