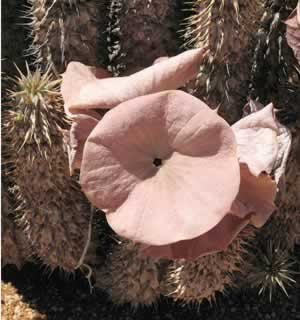 How to Use: Hoodia

Hoodia Gordonii works by mimicking the effect that glucose has on the nerve cells in the brain. These cells transmit the feeling of fullness to the brain, diminishing appetite. The problem is that these well documented effects of the whole fresh plant do not necessarily translate to effective extracts and supplements sold as Hoodia here in the West. The Hoodia gordonii plant itself, or when in the form of pressed juice or powder, can be expected to be safe. But, as often is the case, when a specific fraction or a purified constituent is isolated, such as the highly-touted P57, issues can arise. Because the plant has been over-harvested and is nearing extinction in its native range in southern Africa, it is protected from wild-harvest. When Hoodia gordonii is cultivated and given ample supplies of water it grows rapidly and has a decreased need to defend itself, which in turn lowers the need for high production of the foul-tasting triterpenes that ward off natural insect predators. This may also result in a more agreeable flavor, but it will make the plants less efficacious as an appetite suppressant. 1

The declining availability of wildcrafted, high quality plants, and the challenge of ethical cooperation with the indigenous San people of southern Africa amid charges of biopiracy argue against supporting the commercial harvesting of Hoodia. Another concern is widespread reports that many dietary supplements claiming to contain hoodia do not actually include extracts from the right genus, Hoodia gordonii, or are adulterated with other stimulants. You may well be better off choosing another class of herbs for weight control until these concerns are addressed.

Preparation Methods & Dosage :Hoodia is only available in capsules and extracts.

Hoodia Side Effects: There are no side effects reported at this time, however, the most troubling reports concern adulteration of Hoodia supplements. Buyer beware. 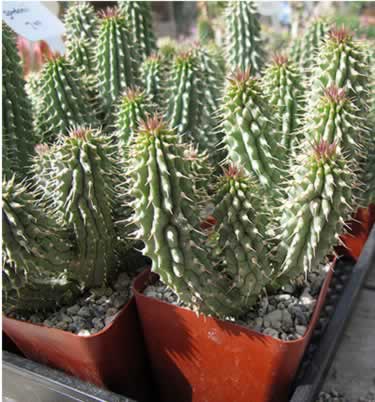 Hoodia Gordonii is a succulent, cactus-like plant that grows in the African Kalahari Desert.

For centuries, the San Bushmen have used Hoodia to naturally and safely stave off hunger and provide energy during hunting trips or long trips across the desert.