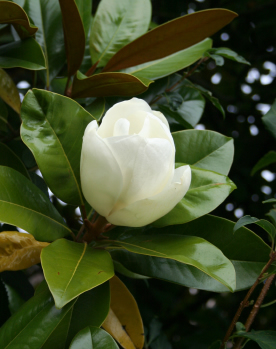 How to Use: Magnolia

The beautiful magnolia has a long history of use in the traditional folklore of the South. The preparation of the bark was once official in the U.S. Ph. until the early part of the last century. The early American settlers learned the medicinal value of magnolia from the Indian people.

“The use of the fresh bark, cones, and seeds of this species, together with those of M. grandiflora, acuminata, tripetala, and macrophylla, was descended from the Native Americans, who employed a warm decoction of the bark and cones extensively against rheumatism, and a cold infusion as a antiperodic. The fresh bark has long been considered as a bitter, aromatic tonic, febrifuge, diaphoretic, antiperiodic and gentle laxative, in acute coryzas, bronchial catarrhs, chronic rheumatism, dyspepsia, remittent and intermittent fevers and typhoid states, being contraindicated if inflammation be present” Millspaugh, Charles F. "American Medicinal Plants" (1882) 44[12-2]

Preparation Methods & Dosage :A decoction of the bark is the most common preparation, the flowers are sometimes used for their scent in cosmetics. The leaves can also be used in cooking and in teas.