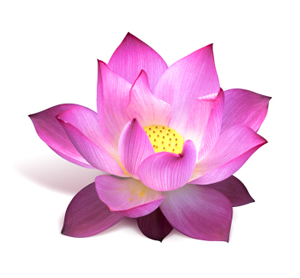 How to Use| Side Effects | Folklore

How to Use: Lotus

The rhizomes and leaves of the lotus are combined with other herbs in China, India and other Asian traditional medicines to treat sunstroke, fever, diarrhoea, and the whole plant is used to treat mushroom poisoning. Lotus flowers are recommended as a cardiovascular tonic, and the stamens are used to treat urinary frequency. Lotus is also considered to improve virility and treat premature ejaculations. The flowers have diuretic, astringent, and cooling properties. 2

Preparation Methods & Dosage :The flower petals and leaves are typically made into a tea or decoction for internal and external use. They may also be used as a garnish, smoked, floated in soups, and the fresh petals are used as a wrap in Asia. It is also said that the petals steeped in wine or tea have a calming effect. 3

Lotus Side Effects: None noted. Considered safe for long-term use.

The lotus is one of the worlds most sacred plants, and has been used in traditional medicine for thousands of years.

"The origins of most of the Vedic pantheon and most Hindu and Buddhist gods and goddesses are traced to soma, a plant whose exact nature has been lost to the mist of time and is a subject of debate among modern scholars. Eastern lotus has psychoactive constituents that could have produced the feelings of euphoria experienced by the Aryan priests who ingested soma. Another argument for the identity of eastern lotus as soma is that the eastern lotus' natural distribution today overlaps the area where the Aryan civilization once flourished. 3


The lotus has been a sacred icon of Buddhists, Hindus, and Egyptians, considered the symbol of beauty,perfection and purity, because the beautiful blossom floats clean and untouched from the muddy pools from which it rises. The lotus is revered by all Hindus because Brahma was born in the sacred bosom of the flower. The eight petaled lotus, Lein in China, and Hasu in Japan, is also the emblem of the Past, Present and Future, since buds, blossoms and seed pods appear simultaneously on the same plant. 1