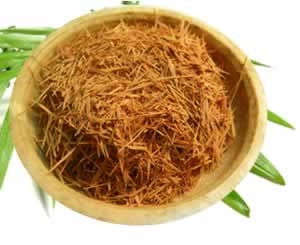 How to Use: Cats Claw

The stem and root of cat's claw are harvested in Brazil, Peru, and other parts of the Amazon region, where it is known as una de gato. This woody vine clings to the tallest trees by it's thorns or "claws". The bark is traditionally used for inflammatory arthritis and intestinal complaints such as stomach ulcers. (Duke,James, Ph.D., 65) In Austria and Germany, cat's claw preparations are prescription only medications.

Alkaloids found in the bark and roots of Cat's Claw have been documented to stimulate the immune system. Studies indicate at least six of these oxindole alkaloids can increase immune function by up to 50% in relatively small amounts. This has led to its use around the world as an adjunctive treatment for cancer and AIDS as well as other diseases which negatively impact the immune system.(Duke,James, Ph.D., 65)

Preparation Methods & Dosage :The healing alkaloids in cat's claw tinctures are released from tannins by the action of acid in the stomach. If they are absorbed through the tongue, they lose their effect. For this reason, you should always take cat's claw tincture with at least 6 ounces (3/4 cup) of water to avoid absorption through the tongue. You can add 1 tablespoon of lemon juice or 1 teaspoon of vinegar to the water to increase the acidity of the solution. When brewing Cat's claw as a tea, add lemon. 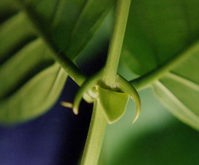 Used by native peoples in South America as a contraceptive, ethically harvested cat's claw bark is a major source of income for many Brazilian and Peruvian villages.