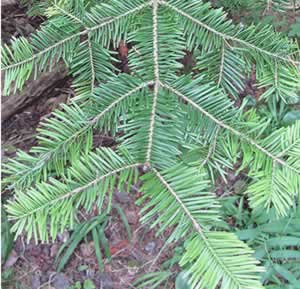 How to Use: Balsam Fir

As a popular Christmas tree the balsam fir is noted for its aromatic needles and pleasing shape. It is even more notable for its benefits and uses in home herbal medicine. The bark, twigs, resin, and essential oil from the tree are all used in herbal practice. Alma Hutchens gives quite long list of uses including rheumatism, kidney and bladder inflammations, and bronchitis that can be addressed by extracting Balsam Fir with honey and glycerin. The bark and twigs can be added to herbal teas as well as steam baths to ease sore muscles. 1

Preparation Methods & Dosage :The essential oil is distilled from the needles and used in aromatherapy. The leaves, twigs and bark can be used in herbal teas, and added to cough syrups.

Fir needles are known for their disinfecting properties. Balsam fir oil has a frest green scent of a pine forest in the winter. The essential oil can be used to treat burns, colds, cough, cuts, muscle aches and pains, sore throat, and wounds. Fir needle oil can be added to many homemade cleaners and disinfectants.

Balsam Fir Side Effects: Fir essential oil is irritating to the skin when applied undiluted.