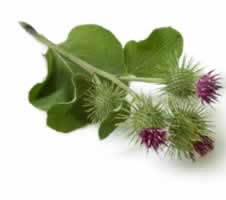 How to Use: Burdock

Burdock has an ancient and respected reputation as a nutritive liver tonic that helps to clean and build the blood, while its diuretic action of burdock helps in the elimination of waste materials. Taken internally, this root promotes sweating and the elimination of harmful high levels of uric acid via the kidneys. (Mabey,Richard ,41) The roots, leaves, and seeds of burdock can all be used, but in commercial preparations, you'll most commonly find the root. Rich in minerals, this plant is used as a food by many cultures. Burdock helps to cleanse the body from the inside out and is most useful in those conditions that can be traced back to liver disorders or a general overload of toxins in the system including problem skin. (Dawson,Adele ) Burdock may also play a useful role in helping to control blood sugar levels due to the inulin content of the root. In Europe, the fresh root is used for lowering blood sugar, its inulin content making it particularly suitable for diabetes.(1)

Burdock is one the herbs from the tradition of Western herbalism used in treatment of cancer, most likely for it's well demonstrated depurative properties. Burdock has demonstrated antitumor effects in animal studies, in other research it has acted as an antimutagen.White, Linda B. M.D. Burdock is not presented as a stand alone treatment for cancer, but may be used in a supporting role as part of holistic treatment practices.

Preparation Methods & Dosage : Burdock is taken as a tincture and in extracts. Simmer 1 tablespoon of dried root in 2 cups of water for 20 minutes. Drink up to 4 cups daily. Tea can also be used as a skin and face wash. Apply the cooled tea to the skin with a clean facecloth, and rinse in cool water.

In the Kitchen: Burdock is very popular in Asian cuisine, both in Japan and China. The fresh root is skinned and sliced into thin rounds that are added to soups and stir-frys. Miso broth with burdock and other vegetables is a very popular soup in Japan. The young, tender leaves can be blanched and used as a salad vegetable in the spring.

In Chinese medicine, the dried seeds are used for colds, coughs, swelling in the throat, measles and boils. Gaea and Shandor Weiss, Growing and Using the Healing Herbs(1985) 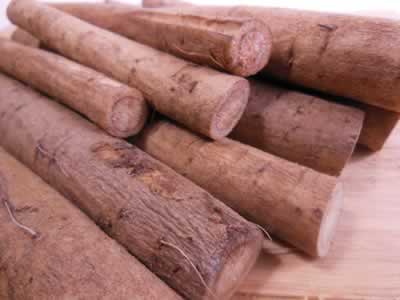 How to Grow Burdock

Sow seed directly in garden, and thin seedlings to 6 inches apart. Burdock thrives in a deep bed of well rotted compost. Use a thin spade or post hole digger to pull up stubborn roots. Harvest roots in the first year of growth for medicinal use. The tops make an excellent addition to organic compost. 2

Old-time North American herbalists particularly valued the seeds to treat skin problems, while in China the seeds are used to treat the eruptions of measles, sore throats, tonsillitis, colds, and flu. Native Hawaiians, who call burdock by it's Japanese name of gobo credit the root with such abilities to increase strength and endurance that a person who is set an arduous task may say " I need gobo".


Burdock was considered to be sacred to the "heavenly bear", Thor by the early Celts and Germanic peoples. Since Thor reigned over the summer storms the plant was gathered in midsummer. It was placed on gables to protect against lightning and "the machinations of giants". In the late middle ages burdock was still being strung over doors or braided into hair to ward off evil. A brew of burdock roots was used to make the hair shiny and beautiful like the divine, bushy haired Thor. The use of burdock as a hair tonic continues today, and has been validated by science. Claudia Muller-Ebeling, Wolf-Deieter Storl Witchcraft Medicine(1998)