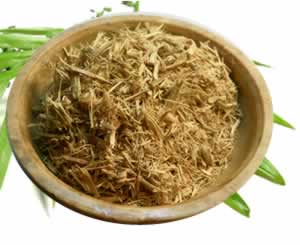 How to Use: Eleuthero

Eleutherococcus senticosus, also known as eleuthero ginseng or Siberian ginseng, is one of the primary tonic herbs and one of the most widely used herbs in the world. Eleuthero is often recommended as a general tonic to revitalize people who are fatigued. 1Because it enhances immunity and helps the body deal with stress eleuthero is frequently included in nutritional support programs for people with fibromyalgia, arthritis and other autoimmune disorders. Eleuthero restores overstressed adrenal glands, working wonders for people who are chronically stressed. The adrenal glands have a big impact on our sexual health because of the role they play in producing a variety of hormones that regulate many physical responses, not just gender-oriented ones. Tonic herbs like eleuthero help to prevent "adrenal burnout" caused by ongoing physical or mental challenges. Helping the body deal with chronic stress is the very definition of an adaptogenic herb , and ginseng may be one of the most effective herbs in this category. Eleuthero boosts concentration and focus without the letdown than comes from stimulants like caffeine.

Diets, especially ones with severe calorie restrictions, can take a big toll on energy levels and raise stress levels. 2 This elevates hormones like cortisol that make weight loss more difficult. While adaptogenic herbs do not promote weight loss directly, when you feel more energetic and less stressed, you're more likely to stick to your new exercise and diet routine.

Eleuthero is sometimes combined with other adaptogens, like Korean, Chinese or American ginseng, astragalus, or schisandra, to increase its effectiveness.

Preparation Methods & Dosage :The dried root is often taken in capsules, or brewed into tea, or made into tinctures

Known in China as wu-jia-pi, eleuthero has been used in Chinese medicine for over 2,000 years, to balance vital energy and vitality. The herb is also commonly prescribed to treat respiratory and other infections. In traditional Chinese medicine, eleuthero is considered good for vital energy (qi/chi), used for sleeplessness with many dreams, lower back or kidney pain, deficiency of yang in the kidney or spleen, lack of appetite, and to enhance overall resistance to disease or stress. For treating rheumatoid arthritis and making muscles and bones strong, one prescription mixes wu-jia-pi with sweet rice wine. 5

Eleuthero Side Effects: In general, side effects with Siberian ginseng are rare and milder than those that occur with American and Korean ginseng. The Commission E notes a contraindication for hypertension. However, the glycosides contained in eleuthero have been shown to lower blood pressure (McGuffin et al., 1997) Not for use by pregnant women. Many commercial ginseng products are adulterated, buyer beware! 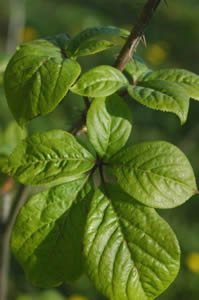 It is a shrubby member of the same botanical family as Chinese ginseng (Panax ginseng) and American ginseng (Panax quinquefolius), Eleuthero is a woodland shrub native to southeastern Siberia and the Korean peninsula, and adapted to the damp forests of British Columbia, Washington, Oregon, and northern California.

Siberian ginseng was used in Eastern Europe as a folk remedy for hundreds of years, but it was not until the 1940s that it became a popular herb in Russia and Europe.