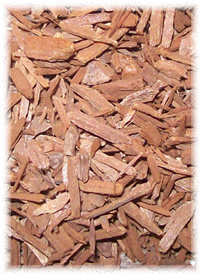 How to Use: Yohimbe 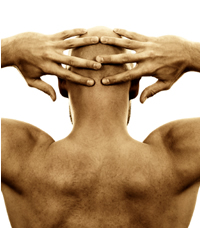 Yohimbe is called herbal viagra by some

The bark of this West African tree may be your best natural bet for reversing sexual dysfunction, though at the cost of several side effects. Until the advent of Viagra, the most commonly prescribed drug for erection problems was a pharmaceutical isolation of yohimbe's' active phytochemical, yohimbine. Called "herbal viagra" by the February 1999 edition of Environmental Nutrition, yohimbe's power comes from a combination of alkaloids. Alkaloids are organic plant substances that have strong medicinal properties and are frequently used as drugs.

The terms yohimbine, yohimbine hydrochloride, and yohimbe bark extract are related but different. Yohimbe refers to the herb. Yohimbine refers to the active chemical found not only in yohimbe but also in Indian snakewood, periwinkle, quebracho, and niando. For a significant number of men who try it, yohimbe lives up to its reputation as a sexual performance enhancer.

While Yohimbe herb is often thought of for male erectile dysfunction support, most people don't realize that yohimbe is also effective in women. This herb increases blood flow to the genitals of both males and females giving women an enhanced sensation and engorgement of genital organs. However, keep the dose low to prevent the yohimbe side effects.

Yohimbe is also sold as a muscle building natural version of anabolic steroids. However, it's action is apparently unrelated to the body's production of testosterone, which means it probably is of little value in building bigger muscles.

Preparation Methods & Dosage :Commonly found in a standardized supplement containing 8 to 16 milligrams of yohimbine, or yohimbe tincture. Also suitable for a decoction.

Yohimbe Side Effects: Seek medical attention in an emergency room if erection lasts more than four hours. Recommended under the supervision of someone qualified to use this substance. Not recommended if you have severe kidney or liver disease. Not to be taken if you are currently on blood thinning medication, and it is not recommended to be taken for extended periods of time. Side effects can include anxiety, dizziness, rapid heart rate, insomnia, and nausea. Extremely high doses can cause hallucinations and cause muscular dysfunction - do not exceed recommend dosage! The herb contains compounds capable of elevating and also lowering blood pressure to a possibly dangerous level.

Yohimbe is a small evergreen tree native to central Africa, primarily in the nations of Cameroon, Gabon, and Zaire.

Africans have turned to this evergreen aphrodisiac for centuries, and it was imported for use in Europe in the 1800s