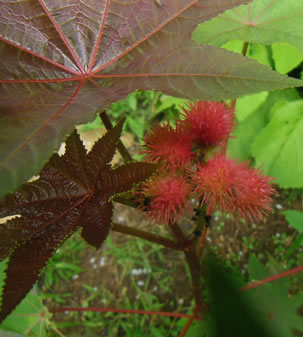 How to Use: Castor

One of the most time honored home remedies for constipation, castor oil was the bane of childhood for those of us who were subjected to a daily dose of this rather vile tasting oil. But don't let that dissuade you from using castor oil externally, it is a wonderful analgesic oil when applied externally for all kinds of pain including: sore muscles and arthritis pain, bruising, lower back pain, and nerve damage. 2Castor oil packs are well suited to the slow relief of chronic pain and swelling. Castor oil forms a protective surface when used in cosmetic and skin care formulations that acts as a protective barrier for skin. 1

Preparation Methods & Dosage :For constipation, follow package directions, starting with the smallest dosage for your body weight and age. It takes up to 12 hours to work. Not for extended periods. Externally castor oil can be applied directly to the skin, and is commonly used in conjunction with heat packs for lower back pain.

Castor oil is pungent and sweet with a heating energy and is applied in oil packs and massage oils for pain relief.

Castor Side Effects: Seeds and leaves are poisonous, the treated oil is not. 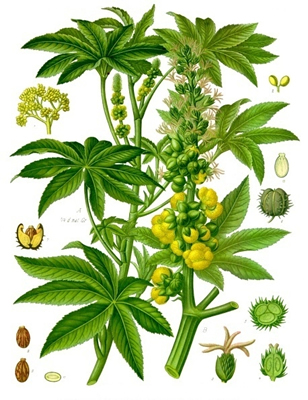 How to Grow Castor