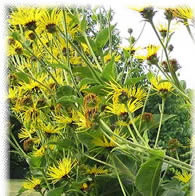 Parasites and worms in humans can be the cause of intestinal discomfort, bloating gas and chronic constipation. Parasites can also infest the skin, in cases of scabies and the scalp in cases of ringworm.

Anthelmintic herbs are used in herbal remedies to treat intestinal worms, often combined with laxatives. Problems arise when these herbs are overused, the harder the herb is on internal parasites, the harder it is on the body. Herbs containing thujone, such as wormwood and tansy, can be toxic if overdosed. Gentler herbs like garlic and agrimony are much safer, and have fewer side effects, but generally take longer to work.

Take an infestation of parasites seriously, and consult a qualified health practitioner, do not attempt to use home treatments for worms if you are pregnant.